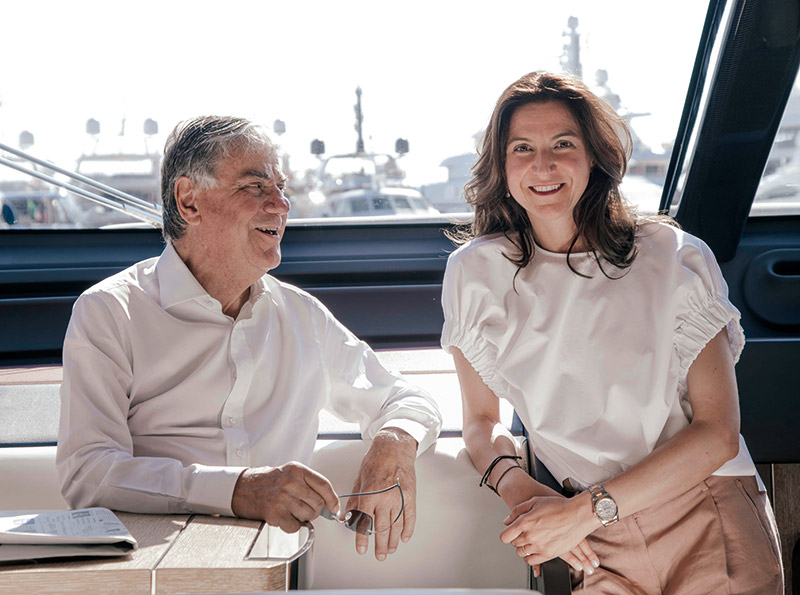 Azimut-Benetti Group have unveiled the financial figures of the season 2018.
The production value has risen up to €850m, it is an 18% year-on-year increase at constant exchange rates – plus an adjusted EBITDA of €50m. Over the past five years, the production value has increased from €611m in 2013/14 to the current figure for 2017/18. This represents a 40% rise in five years.
This value involves 261 yachts sold, giving the group continued leadership in the 24m (78.8ft) segment where the 68 sales achieved is 20% up on the previous 12-month period.
In terms of global sales, the Americas accounted for 38%, Europe 33%, the Middle East 11% and Asia Pacific 13%.
The financial success is reinforced by the world recognition - all in all the yachts of the group have gained 17 awards in 2017/18.

Furthermore, the Fraser Yachts arm of the group has been named No 1 global brokerage house. Over the last year, Azimut-Benetti took full ownership of Fraser, buying the 17% stake previous held by V-Ships. Fraser also represented the largest yacht sold, the 106m (348ft) M/Y Ulysses.
A key part of maintaining its lead position is the group’s large investment programme, which is being increased to €122m for the 2019-2021 period from the €104m invested from 2016-18. This is a 17% growth between the two periods. The latter included a €32m spend on production capacity and €72m on renewing the product range.
Regarding the €122m, Azimut-Benetti plans to invest €28m in production capacity and the remaining €94m on the development of 10 Azimut Yachts and seven Benetti models to renew the range.
The strengthening of the group’s position in this segment, confirmed by its placing at the top of the Global Order Book ranking announced last December for the 18th year running, is attributable to the commercial success of the Azimut Grande range and the 35m and 27m models in particular, with 10 and 21 units sold respectively since their market debut.
The Benetti range saw 14 yachts sold in the last six-month period, or a total of 570 linear meters (1,871ft). Benetti has three 100m (328ft) gigayachts under construction, all at an advanced stage of fitting out and one of which will be the world’s largest hybrid yet built. The first launch of this trio will be the end of November, followed by the second in December and third in 2019.
In respect of the group’s marina operations, these reported a good performance and will shortly be joined by a facility in La Valletta, Malta. A new company will also be established at the site under Maltese law to finance the purchase of Azimut and Benetti yachts through local leasing contracts.
“As our 50th anniversary in business approaches, I am very proud of our achievements,” said Paolo Vitelli, owner of Azimut-Benetti, “and now more than ever I think that the complementary nature of Azimut Yachts and Benetti is a key asset. Benetti will continue to pursue its tradition of excellence, with a management team strengthened by professionals of proven management experience and skill and multiple unique projects in the pipeline.”
He added: “In parallel, Azimut will continue to grow and consolidate its positioning, ensuring that the group’s overall range continues to be the broadest and most comprehensive in the world. I am also delighted with the excellent performance reported by the other companies in the Group (Fraser, Lusben, Yachtique and the Marinas), which contribute to making us a uniquely distinctive player on the market.”